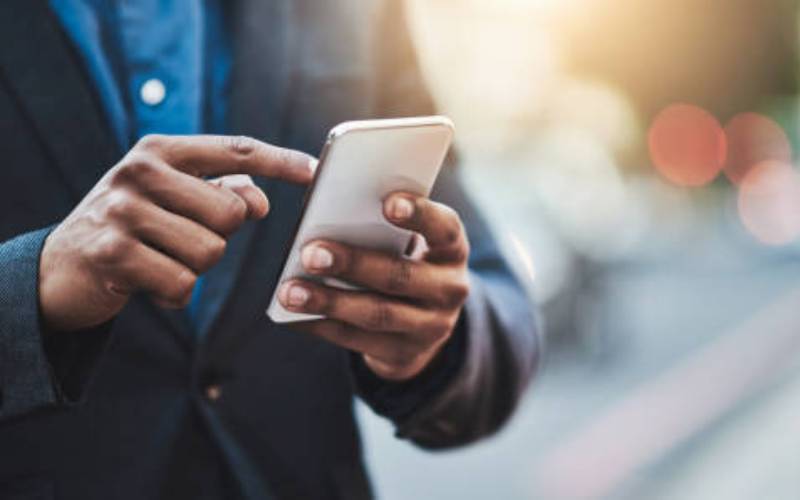 Kenyans seem to have a trance-like romantic affair with their mobile phones such that they barely notice a pronounced bump in the price of calling and browsing.

It is a blissful ignorance that the government has greedily exploited.

In the last decade, the National Treasury has gradually been turning up the excise duty (sin tax) knob on airtime and internet services, which are critical for the nascent digital economy that the government is banking on for growth.

Never mind that unlike drinking beer (or even soda) and smoking cigarettes, one does not sin by calling a friend or sending money to a relative in need.

“Excise duty over the years used to be called sin-tax because it would be on alcohol, cigarettes… things that society felt we shouldn’t be using,” said Hira.

But even as the government has raised taxes on telephone and internet services, it has fobbed off Wanjiku with lower taxes on bread, maize flour, wheat flour and cassava flour.

These items, as essential as they are, no longer take a big chunk of Kenyan households’ budget as airtime and financial transactions.

Last week, MPs removed the 16 per cent value-added tax (VAT), or consumption tax, on bread, maize flour, wheat flour, and cassava flour, a move that was hailed as being pro-Wanjiku.

But the taxpayer might have been the loser. As one MP who sits in the Finance Committee and who did not want their name revealed due to the sensitivity of the issue put it, the National Treasury might end up raising even more revenues with the new changes.

Even as they removed VAT on these basic commodities, they cranked up excise duty on telephone and internet services to 20 per cent from the current 15 per cent.

With this, Kenya will join Gabon as one of the African countries with the highest taxes on airtime at 36 per cent, if you include the 16 per cent value-added tax (VAT) that is also levied on the item.

The Internet services apply even to fixed data subscription, although many Kenyans, about 40.9 million as of the end of June, according to the Communications Authority of Kenya, use mobile data for browsing. Most of this data is bought using airtime.

“Because they have taken huge loans and so they have to keep looking for anything to tax. The river takes the easiest course,” said Alex Gakuru, an activist for openness and transparency and consumer empowerment, adding that the taxman is attracted by the high penetration of mobile subscription, currently at over 90 per cent. Besides telephone and internet services, there was also increased excise duty on betting, vegetables, such as tomatoes and onions and confectionary sugar, in the amendments made to the Finance Bill, 2021.

On average, a typical Kenyan spends more on airtime alone than on maize flour, wheat flour and bread combined, according to data from the Kenya National Bureau of Statistics (KNBS).

Mr Gakuru reckons that besides taxes, high operating costs add to the prohibitive cost of airtime in the country.

KNBS, the country’s national statistician, in its latest review of the consumer price index (CPI) – an index that measures the average change in prices over time that consumers pay for a basket of goods and services – shows that mobile phone airtime is the single largest expenditure item, although food combined has a heavier weight.

The new basket of goods and services also included mobile money transfer service, which was conceived in 2008 and has since spawned Kenya’s cashless economy.

For every Sh100 spent by a typical Kenyan, Sh5.5 will go towards buying airtime compared to about Sh4 that will be used to buy wheat flour, maize flour and bread.

And this cuts across all the income groups, including the poor who are known to spend a disproportionately large fraction of their income on food.

Maurice Oketch, an IT specialist, is married with three children. In a month, they spend about Sh636 on half dozens of 2kg packets of sifted maize flour, Sh414 on wheat flour and at least Sh720 on bread every month.

On average, his family spends Sh1,770. It seems a lot until you hear what he and his wife spend on airtime.

He spends at least Sh3,000 on airtime, while his wife spends half as much.

He also pays nearly all his bills – rent, water and electricity, as well as his monthly shopping – using M-Pesa.

Safaricom charges a fee for all these transactions, and in the case of buying goods and services, the fee can be borne by the merchant. This fee is, in turn, slapped with an excise duty, which in most cases is passed on to the subscriber.

This is not the first time that MPs have raided airtime.

In the Finance Bill, 2018, the National Treasury had intended to introduce 16 per cent VAT on petroleum products. But after an outcry, the government halved the VAT. But it was a false relief.

Instead, it increased excise duty on airtime and financial transactions to 15 per cent from 10 per cent.

Since the government introduced taxes on airtime and financial transactions, a big chunk of which is mobile money transactions, revenues from the two items have grown by a blistering pace of 163.4 per cent.

This is double the rate at which the country’s total tax revenues have grown at 67 per cent.

Excise duty collected from financial transactions has increased almost four-fold from Sh7.2 billion in June 2015 to Sh27.5 billion by June 2019.

Duty from airtime, on the other hand, has more than doubled from Sh14.1 billion to Sh28.6 billion, with airtime overtaking beer as the largest source of excise duty.

However, some Kenyans opt to forego food for airtime as the latter can be a panacea for such discomfitures. According to a 2018 World Bank study, this is because it helps many of them secure their livelihoods.

Also, an outing on a Friday evening with a friend will be enabled by airtime. And increasingly, without airtime or money in your mobile money wallet, you could easily miss a friend’s wedding or fail to remit contribution for a relative’s funeral.

“The Kenyan mobile sector makes a large contribution in taxes and fees relative to its economic footprint; while the mobile market revenue accounted for three per cent of Kenya’s GDP, the sector’s tax and fee payments accounted for around 6.5 per cent of government total tax revenue,” said Safaricom in its 2019 annual report, adding that the tax contribution of the mobile sector is 2.2 times its size in the economy.

Some of these taxes, such as corporate income tax, are paid by the companies themselves but most of them are borne by the over 25 million subscribers.

Airtime, mobile money transactions and internet services, unlike other excisable goods such as jewellery, alcohol, soda, bottled water, are not a luxury.

Gakuru calls them “frictionless transactions,” a nervous system of the economy that spawns other economic activities that can then be taxed.

Gladys Wanga, the chairperson for the Finance Committee, noted that despite the government going after the high volumes in the telephone and internet services, the increase in revenue is likely to be marginal.

However, Prof Njuguna Ndung’u, the former Central Bank of Kenya Governor, in a 2019 report argued that the value per transaction in mobile money is so low that even a low tax has a disproportionate effect on cost.

“Taxation on mobile phone airtime and financial transactions may not expand the tax base significantly but, rather, may reverse the gains on retail electronic payments and financial inclusion,” he said.

Excise duty on airtime and financial transactions was introduced in 2013. Since then, the two have come to represent critical revenue streams for a cash-hungry government that perennially struggles to meet its target.

In the same way that alcohol has reached its inelastic limit, with people consuming fewer litres of alcohol even as others shift to other stimulants, there are fears that heavy taxation against airtime and mobile money transactions might have adverse effects on the nascent mobile telephony in Kenya.